Who is Jesus? Chapter 52 The Burial of Jesus 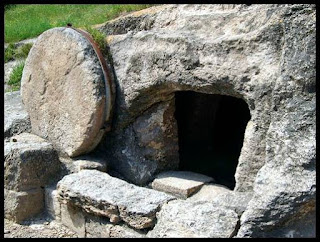 He is Not Here for He is Risen as He Said Who is Jesus? Chapter 52 The Burial of Jesus Now there was a rich man named Joseph of Arimathea, a secret disciple of Jesus. He was a member of the council, a good and righteous man, who had not consented to their decision and action; and he was looking for the kingdom of God.  This man went to Pilate and asked for the body of Jesus. Pilate was surprised to hear that he was already dead. So Pilate summoning the centurion soldier, he asked him whether Jesus was indeed dead.  The soldier said, yes, for just to make sure, I thrust my sword into his side, and out came blood and water.  Yes, indeed he is most certainly dead.  And when Pilate learned from the centurion that he was dead, he granted the corpse to Joseph. Nicodemus also, who earlier had come to Jesus by night, came bringing a mixture of myrrh and aloes, about seventy-five pounds in weight. So, they took the body of Jesus and wrapped him in a linen shroud with the spices, as i
Post a Comment
Read more

Who is Jesus? Chapter 51 “It is Finished” 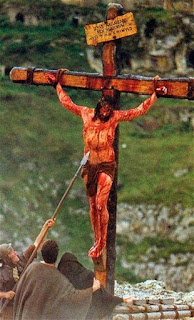 Who is Jesus? Chapter 51 “It is Finished”   Now the soldiers crucified Jesus at the third hour of the day, which would be 9 o'clock in the morning. And when it was noon time, there fell a thick darkness over the entire land for three hours. The darkness lasted until three o'clock in the afternoon. This darkness was because the sins of the world were placed upon the body of Jesus, including all sickness, disease, plus depression and loneliness and pain was put on Jesus. Because of this God could not bear to look at him. God turning his back on Jesus was pain enough to break Jesus's heart. Reading from - - 1 Peter 2:24 Who Himself bore our sins in His own body on the tree, that we, having died to sins, might live for righteousness; by whose stripes you were healed. Finally, Jesus could take it no longer and at the sixth hour which was 3 o'clock in the afternoon, He cried with a loud voice, “Eli, Eli, Lema Sabachthani?” which means, “My God, my God, why h
Post a Comment
Read more

Who is Jesus? Chapter 50 The Soldiers Mock Jesus 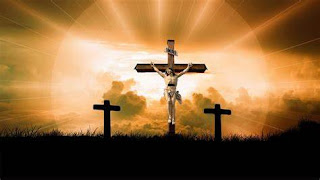 Who is Jesus? Chapter 50 The Soldiers Mock Jesus After Pilate had cruelly flogged Jesus, he gave him over to the soldiers. Then the soldiers of Pilate the governor took Jesus into the palace arena, and they gathered the whole battalion before him. They stripped Jesus and put a scarlet robe on him, and twisting together a crown of thorns, putting it on his head and placing a reed in his right hand. Kneeling before him, they mocked him, saying, "Hail, King of the Jews!" And they spit on him and took the reed and struck him on the head. When they had mocked him, they stripped off the purple robe and put his own clothes back on him and led him away to crucify him. And there followed him a great multitude of the people and of women who were mourning and lamenting for him. So, they took Jesus out, having him bear his own cross, and as they led him away, they seized a man, Simon of Cyrene, who was coming in from the country, and laid on him the cross, to carry it behind Jes
Post a Comment
Read more

Who is Jesus? Chapter 49 Jesus is Delivered to Pilate 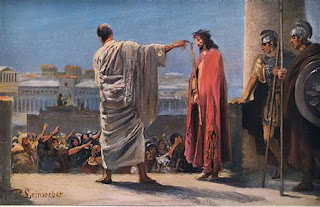 Who is Jesus? Chapter 49 Jesus is Delivered to Pilate  Today's happening is mentioned in each of the four Gospels and is re-told here so that you might believe that Jesus Christ is your Messiah.  When morning came, all the chief priests and the elders of the people took counsel against Jesus to put him to death. And they bound him and led him away from the Chief Priests house and delivered him over to Pilate the governor. So, Pilate went outside to them and said, “What accusation do you bring against this man?”  They answered him, “If this man were not doing evil, we would not have delivered him over to you.” Pilate said to them, “Take him yourselves and judge him by your own law.” The Jews said to him, “It is not lawful for us to put anyone to death.” This was to fulfill the word that Jesus had spoken to show by what kind of death he was going to die.  Then when Judas, his betrayer, saw that Jesus was condemned, he changed his mind and brought back the thirty pieces of silver to t
Post a Comment
Read more 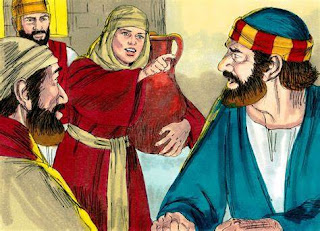 Who is Jesus? Chapter 48 Peter Denies Jesus   Peter Denies Jesus Three Times You will remember that Jesus had been praying in the Garden and was willing to submit to God's plan of salvation.  Judas one of His very disciples brought soldiers to capture Jesus, saying the one I kiss is the one you seek.   So, the band of soldiers and their captain and the officers of the Jews seized Jesus and bound him, like a thief. As it was early morning, they first led him to Annas, because he was the father-in-law of Caiaphas, who was high priest that year. It was Caiaphas who had advised the Jews that it would be necessary for one man to die for the people. When day came, the assembly of the elders of the people gathered together, both chief priests and scribes. And they led Jesus away to their council, Now the chief priests and the whole council were seeking false testimony against Jesus that they might put him to death, but they
Post a Comment
Read more

Who is Jesus? Chapter 47 In the Garden 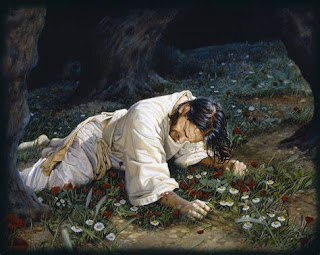 Not My Will but Your Will be Done!! Who is Jesus? Chapter 47 In the Garden  (Mentioned in all four of the Gospels.) The Passover supper was ended, and Jesus spoke plainly to his disciples of his death. Then He prayed thanking God his Father that he had accomplished all that he was sent to do. As it was his custom, Jesus went to the Mount of Olives, and the disciples followed him. Now Judas, who betrayed him, also knew the place, for Jesus often met there with his disciples. And when Jesus came to his usual place of prayer, he went a bit further into the garden taking with him; Peter, James and John, and began to be greatly distressed and troubled. And he said to them, "My soul is very sorrowful, even to death. Remain here and watch." Pray that you may not enter into temptation for the spirit is willing, but the flesh is weak.” And Jesus withdrew from them a short distance, and he fell down on the ground with his face in the dirt, being greatly trouble, and pr
Post a Comment
Read more

Who is Jesus? Chapter 46 “Do This in Remembrance of Me” 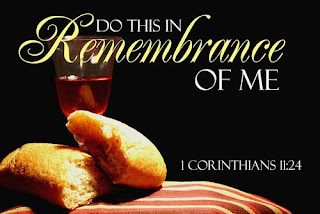 Who is Jesus? Chapter 46 “Do This in Remembrance of Me” There are times at your church or your fellowship, when communion is served that the minister will usually read from 1 Corinthians chapter 11: For I received from the Lord what I also delivered to you, that the Lord Jesus on the night when he was betrayed took bread, and when he had given thanks, he broke it, and said, “This is my body, which is for you. Do this in remembrance of me.” In the same way also Jesus took the cup, after supper, saying, “This cup is the new covenant in my blood. Do this, as often as you drink it, in remembrance of me.” For as often as you eat this bread and drink the cup, you proclaim the Lord’s death until he comes. - - - We are reminded that Jesus was with his disciples at the Passover supper, and because the disciples had been arguing who would be the greatest in the kingdom of God, Jesus made himself an example to illustrate humility and service to one another by washing their feet. Jesus sa
Post a Comment
Read more
More posts